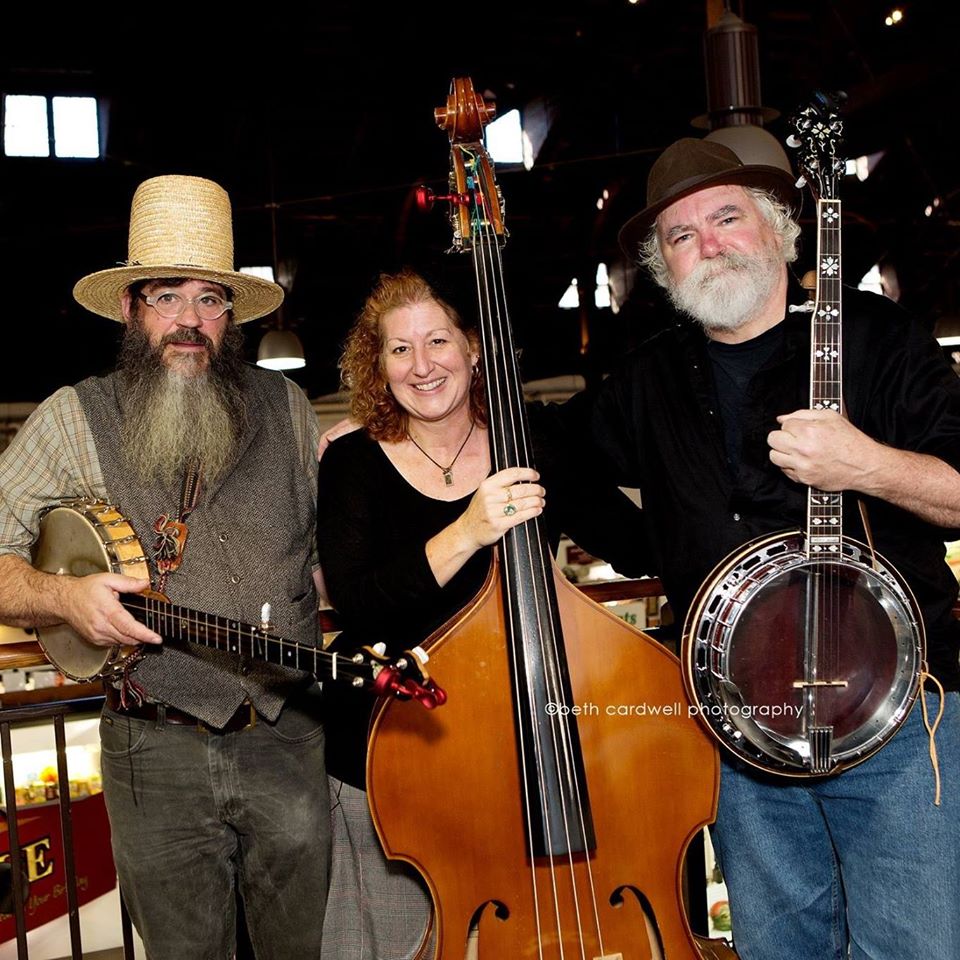 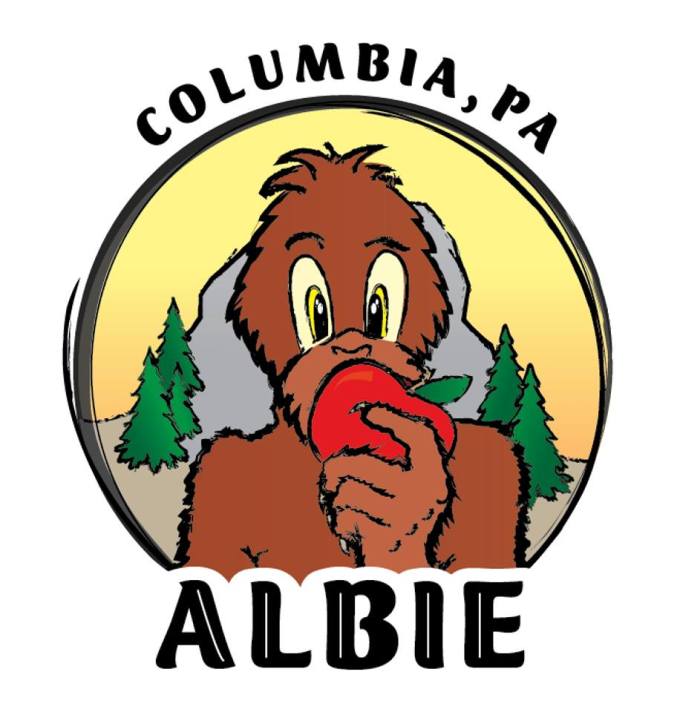 “The Legend of the Albie”

Local legends in the area of Columbia, Pennsylvania speak of a creature called an “albatwitch.” The albatwitch is a small (about 4 feet tall), manlike creature which supposedly lived in wooded areas. Their main area of residence seemed to be near Chickies Rock, a heavily wooded area along the banks of the Susquehanna River about a mile or two north of town. Albatwitches were also reported from wooded areas all along the river’s shore.

The creatures are named for a habit which they possess. Their bizarre common name is short for “apple-snitch”, as they are reputed to have a taste for apples. Legends speak of how the albatwitches would oftentimes steal apples from picnickers, occasionally even throwing them at the startled people. Legends also record that the creatures often sat in trees, coming down only to find food.

Legend also says that the albatwitches either became extinct or were driven nearly into extinction in the later years of the nineteenth century. Chickies Rock, where the creatures supposedly lived, does have a tradition of strange sights and sounds – in the 1950s and 1970s, a manlike figure was seen several times, and local legends also speak of sounds like the crack of a whip heard in the woods at night. One can only wonder if these could be connected with the albatwitch.

Whether these stories are connected or not, several sightings of Bigfoot-types have been recorded from this area. A vague report concerning the sighting of a hairy humanoid came from Lancaster in 1973. Lancaster is a scant 10 miles east of Columbia. Another came from the town of North Annville (about 20 miles to the north) in the same year. In addition, a number of reports have surfaced out of neighboring York County.

Although slightly further afield from Philly, one of the most sinister of monster legends which has fascinated us for years concerns Lancaster County, a place which, over the years, has been known for its reports of ferocious werewolves and also Bigfoot. In the past at Phillyist we’ve discussed these eerie legends with brief mention of one of the strangest spectres known to haunt the county: The Albatwitches.
These spookily-named apparitions have been the belief and cultural dread of the Susquehannock Indians for many years, existing as local bogeymen but also with relations to hairy hominids such as Bigfoot. The Albatwitch however, is a slightly smaller form, around four to five feet in height, also sighted in York County .
The Indians paid homage to these elusive monsters by carving images of these fiends on their battle shields, to create fear and trepidation. Despite being reasonably small in stature and having such a fearsome reputation, the Albatwitch is said to mainly feast on apples and is often considered a cunning creature which steals, usually from those who are relaxing with a woodland picnic, only to find their apples missing. The beast lurks in the shade of trees and snatches the apples, and that’s where its eerie name originates, deriving from “apple snitch.” It seems that the critters have ape-like characteristics and have even been known to playfully throw the remains of the apples back at the people they stole them from.
The legend of the Albatwitch, which comes mainly from the area known as Chickie Rock, sounds like a vague yet unsettling spook tale. It is said that the monsters make their presence known by peculiar whip-crack noises which emanate from the dark woods, and although sightings still allegedly persist of these creatures it is believed they were driven to extinction during the early 1900s either due to lack of woodland or fading superstition, but the reality is, such mysterious forms resemble that faceless entity we all fear, that unnerving aspect of the unknown.
Surely it won’t be long before a movie called The Albatwitch Project emerges, detailing the misty fantasy of this long forgotten woodland prowler.
Source: Monster!: The A-Z Of Zooform Phenomena by Neil Arnold 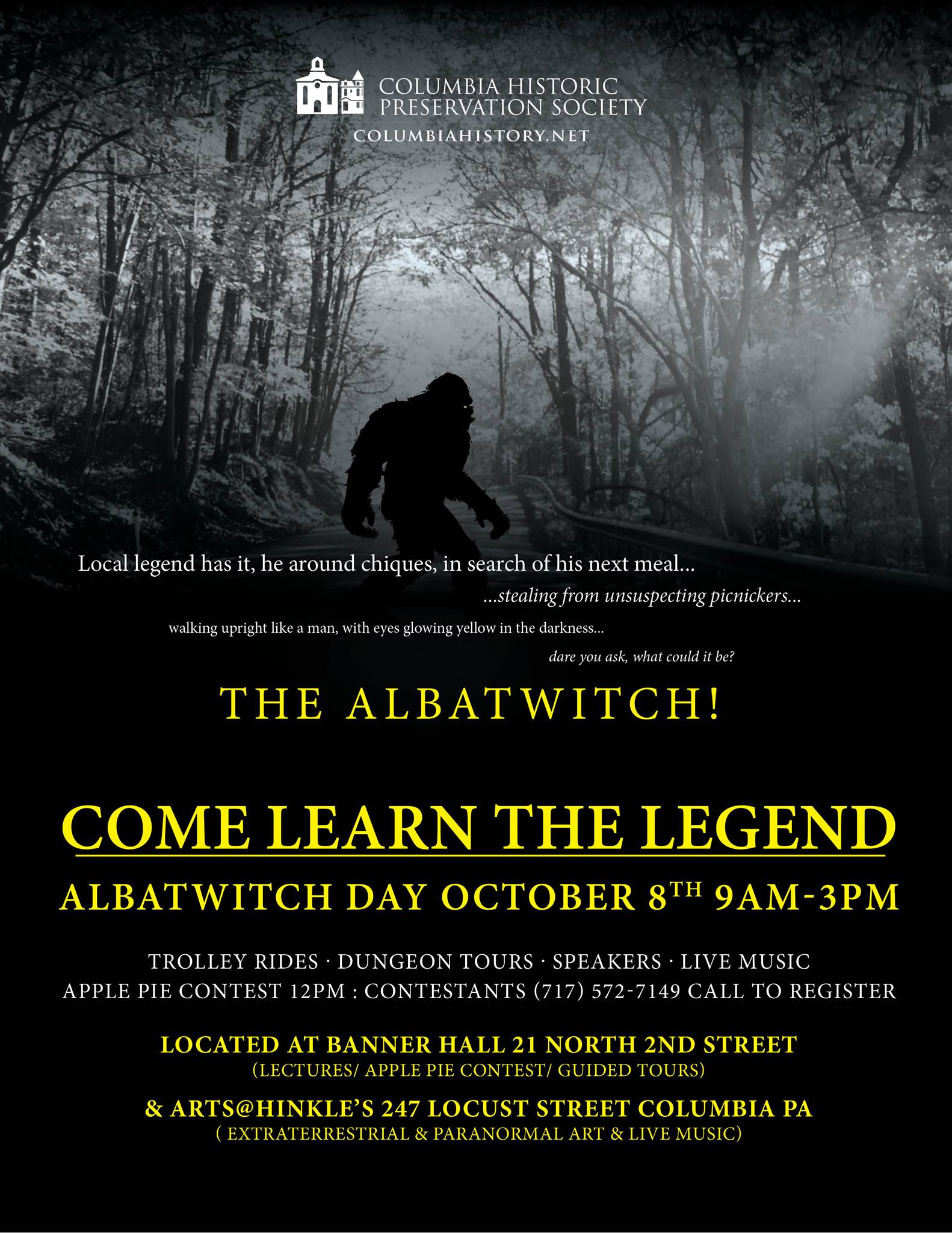 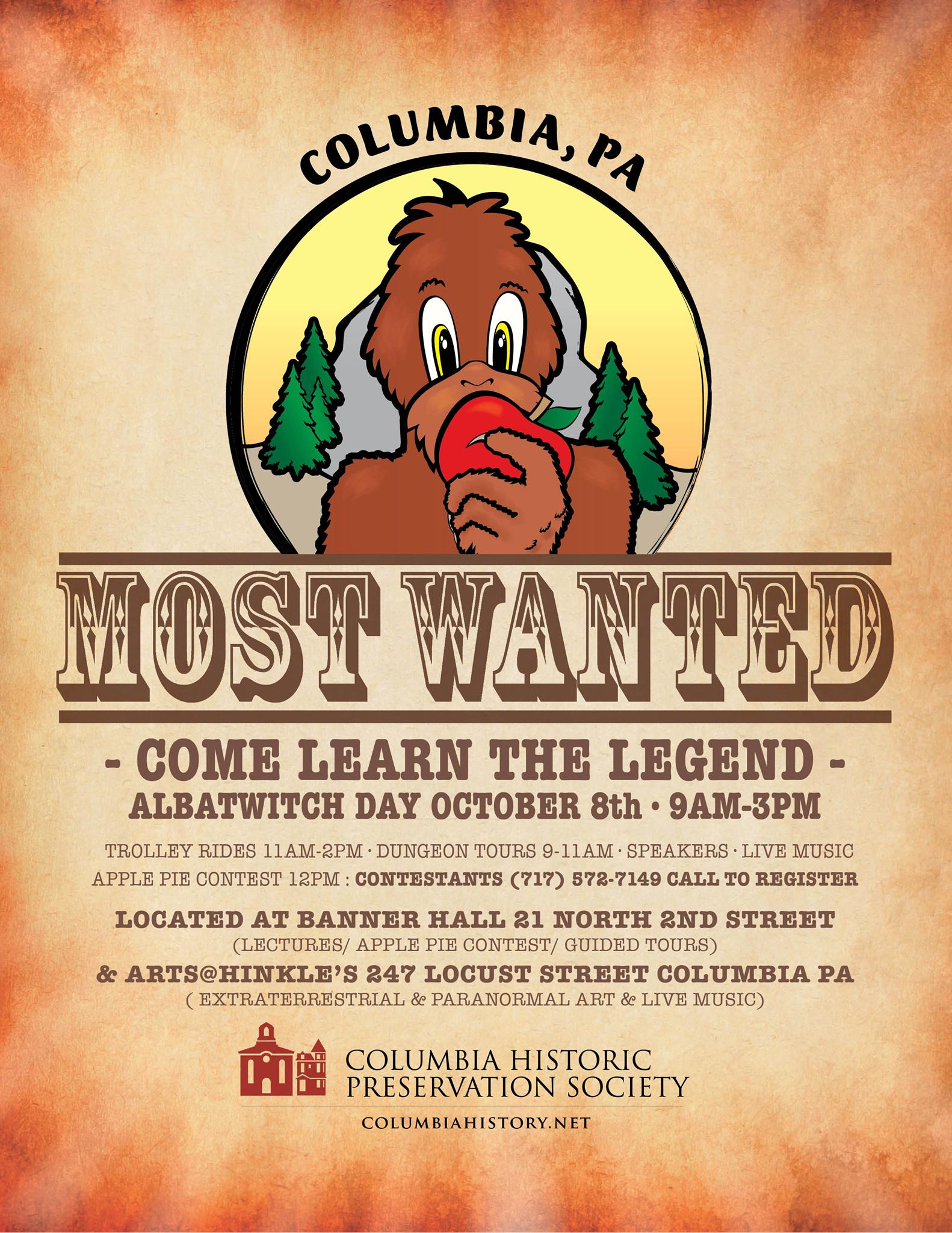 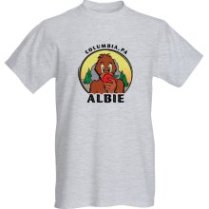